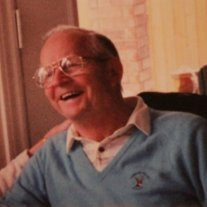 Clayton Edward Pinder, 84, passed away December 9, 2013 at his home in DeLand, FL. Mr. Pinder was a Certified Public Accountant and professor at Salem College in Salem, WV. He was a veteran, serving in the Army Signal Corp during the Korean War. After graduating from St. Lawrence University, he attended Wharton School of Business where he received his MBA. On April 18, 1954, Clayton married Leora Sholtz and they would be celebrating 60 years on their next wedding anniversary. He was employed by Atlas Powder in Wilmington, DE; American Viscose in Nitro, WV; FMC in Philadelphia, PA; Bright of America in Summersville, WV; and Salem College in Salem, WV as well as owner of a private CPA practice in Salem, WV. He enjoyed refinishing antiques and collecting coins, stamps and elephants. He was a member of the CPA Society of West Virginia where Clayton and Leora lived for over 40 years before relocating to DeLand in 2005. Clayton was a member of Seventh Day Baptist churches in Marlboro, NJ, Lost Creek, WV, and Daytona Beach, FL. Helping others was a high priority which he did by working in many different ways through his church and denomination. Clayton was a lay pastor at Crites Mountain Church in West Virginia, president of the Seventh Day Baptist General Conference in 2001, treasurer for Camp Joy and the Daytona Beach church, member and past chairman of COSAR, financial auditor for the SDB office, and active in prison ministry at Tomoka Correctional Institute. Clayton is survived by his wife Leora; son, Edward D. Pinder (Cathy) of Ft. Worth, TX; daughters, Carol L. Swanson (Allen) of Grand Island, NE, Susan J. Fox (Dean) of Columbus, OH, and Lisa J. Benson of Jupiter, FL; a twin brother, Carlton Pinder of DeLand, and 6 grandchildren (Peter, David, Gavin, and James Fox, Hannah and Abby Swanson). A memorial service was held on Sabbath, December 14 at the Seventh Day Baptist Church, 145 First Avenue, Daytona Beach, FL 32114. Donations can be made to Daytona Beach SDB church in Clayton's honor. Online condolences may be made to www.allensummerhillfuneralhome.com. Many people’s lives have been touched by Clayton Pinder and he will be missed.

Clayton Edward Pinder, 84, passed away December 9, 2013 at his home in DeLand, FL. Mr. Pinder was a Certified Public Accountant and professor at Salem College in Salem, WV. He was a veteran, serving in the Army Signal Corp during the Korean... View Obituary & Service Information

The family of Mr. Clayton Edward Pinder created this Life Tributes page to make it easy to share your memories.

Send flowers to the Pinder family.