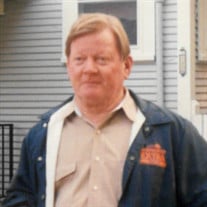 James passed away in Hospice care on December 13th, 2021. He was born, along with his identical twin brother, on November 10th, 1935. His family moved to DeLand when he was a young boy, and he graduated from DeLand High School in 1953. He attended the University of Florida where he was a member of Phi Delta Theta, and received his Bachelor's degree and Master's degree. James loved and devoted his life to his family. He married Vivian in Gainesville on February 26th, 1959. They had four children while living there: Travis Taylor, Katherine Taylor Smoleroff, Susannah Taylor Pearson (John), and Cynthia Taylor Speer. He served in the National Guard after graduating college. He worked for the University of Florida Extension Service and Thompson Hayward in Gainesville, until 1969, when he moved his family to DeLand. He moved his offices to Sanford where he opened a research farm for Thompson Hayward-Phillips Agricultural Chemical Company. James traveled the Southeast visiting universities and farmers throughout his career and was an accomplished agricultural research scientist who worked during Florida's Golden Age of Agriculture. He was widely known and regarded for his knowledge, integrity, and quick wit, and did consequential research across the broad array of Florida's crops, from pecans in the Panhandle to tropical fruit in southernmost Florida. James was perhaps most well-known for the work he did in citrus and vegetables as the Field Research Scientist for Merck Aqvet. In this role, he led the development of the novel compounds Abamectin and Emamectin, which 32 years later, still stands as the gold standards in these industries, If you worked in Florida Agriculture, there was a good change you knew James Taylor, benefited from his practical problem solving, and have a humorous personal anecdote to share. James was also a past President of the Southern Weed Society and the Florida Entomological Society. Upon retirement, James enjoyed his family, “puppies,” DeLand parks, and birding, and spent most of his time sporting his Florida Gators fleece jacket and holding a pair of binoculars. Even in his golden years, he was his family and friends' go-to man for advice on plants, and never missed an opportunity to correct someone with the scientific name for the plant in question. He was a wealth of knowledge, and also a wealth of love. In his final years, he told many jokes (at his poor wife's expense) that always made his grandchildren laugh. He was a family man and loved Christmas time. James was predeceased by his twin brother, John Brewer Taylor, and older brother Joseph Sinnett. He will be greatly missed but with fond memories by his wife Vivian, children, grandchildren, Kaitlyn Smoleroff, Ian Kelaher, Amanda K. Speer, Samuel Speer, and his nephews John Taylor, Jr. and Chris Sinnett. A family memorial will be held in January.

James passed away in Hospice care on December 13th, 2021. He was born, along with his identical twin brother, on November 10th, 1935. His family moved to DeLand when he was a young boy, and he graduated from DeLand High School in 1953. He attended... View Obituary & Service Information

The family of James Lloyd Taylor created this Life Tributes page to make it easy to share your memories.

Send flowers to the Taylor family.