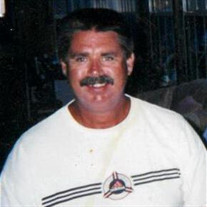 Kenneth Wayne Kennedy, 61, of DeLand, died Wednesday, October 17, 2018 at Florida Hospital Orlando. Born March 12, 1957 in Big Spring, Texas, Kenny was the son of Ernest Kennedy and Patricia Gregory Kennedy Cowart. Kenny along with his family moved to DeLand, FL in 1961. Educated in DeLand schools, he was a 1975 graduate of DeLand High School. After graduation, he enlisted in the United States Coast Guard, for which he was honorable discharged in 1981. Kenny was currently employed for 38 years with Florida Public Utilities. He was also an avid Dallas Cowboys fan. He was preceded in death by his father Ernie, his brother Kevin, maternal grandparents John and Evelyn Gregory, and paternal grandparents John and Ethel Kennedy. Survivors include his mother Patty Kennedy Cowart (Johnny) of DeLand, brother Kurtis Kennedy (Terrie) of DeLand, nephews Kurt and David Kennedy of DeLand, niece Ashley Kennedy Lane (George) of Pierson, as well as great niece and nephew Taylor and Colton Lane. Additional survivors are his uncle John Gregory of DeLeon Springs, aunt Susie Slaydon of Arlington, TX and uncle Rex Kennedy (Joyce) of Bandera, TX. A funeral service will be held on Sunday, October 21st at 2pm at LifePoint Community Church, with a gathering of friends from 1-2pm prior to the service. Online condolences may be made at www.allensummerhill.com. Allen-Summerhill DeLand is in charge.

The family of Kenneth Wayne Kennedy created this Life Tributes page to make it easy to share your memories.

Send flowers to the Kennedy family.